Not The Big Five 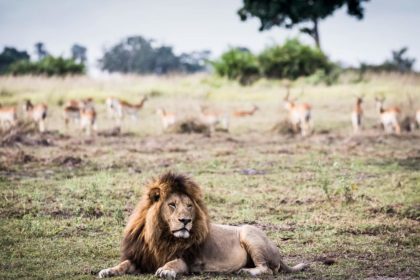 The word Safari comes from Swahili and means “long Journey” and has become synonymous with wildlife based holidays in Africa, and over the years the term Big Five also became synonymous with Safaris in Africa where you could almost be guaranteed to see the so-called Big 5 Game species.

What is the Big Five?
The term Big Five was originally coined by the big game hunters who regarded members of this group of animals as the hardest species to hunt on foot. The members of this elite club are the Elephant, Lion, Leopard, Rhinoceros (both the South-central Black and the Southern White Species), and the Cape Buffalo.

As the most dramatic of the animal kingdom, they were the obvious group that foreign safari goers wanted to tick off their list as having seen, and hence the term evolved, A Big Five Safari, and was used to market this expectation of a Safari.

However the Safari scene has seen a steady change in both the Safari provider who used to be put under tremendous pressure to provide the Big 5 and the Safari goer who used to be disappointed if they never saw it. The industry is moving to be much more about connecting with nature, culture, conservation and the smaller animals of Africa.

There is a new mantra that has been coined “look down before you look up” which refers to all the other species which can with all respect be as, or more interesting than the Big Five. So the natural group to represent this group is the “Little Five”.

The smallest of the 5, this is a familiar little creature in the bushveld, in their larval form they dig conical shape depressions in the sand to trap prey such as ants. These  larvae metamorphose into a creature resembling a DragonFly that mainly fly at night so are rarely seen.

There are two types of Buffalo Weavers, the Red-Billed and the White-Billed, and are the largest of the weaver family and can grow up to 23cm. The Weavers are omnivorous and feed on insects, seeds and nectar an forage mainly on the ground.

This beetle is so named because of the large horn on their head, although the female horn is smaller. These beetles are the largest of the beetle family, and the male beetle uses its horn for digging, fighting rivals, and in the mating ritual.

This tortoise gets its name from the black and yellow spotted pattern on its shell giving it an appearance of a leopard skin. It is the largest of the tortoise species in this region, and males can grow up to a circumference of one metre and weigh over 20 kilograms.

Arguably the cutest of the group, the shrew has a mouse like appearance but has an elongated snout with an appearance of a trunk. It grows to a length of approximately 25 cm and eats fruit, seeds and nuts, and are in turn the favourite food of snakes and raptors, so are extremely shy. So if you see one of these before any of the Big 5 you can count yourself very lucky.

So, when you take your next safari, will you be “looking down” before you look up?
If you already have a Safari or Tour in mind and you are ready to start planning your adventure, click here to get in touch

What you can read next 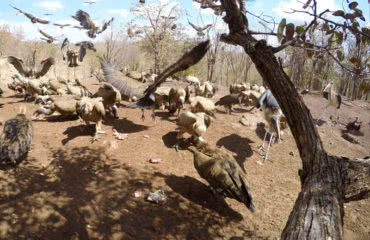 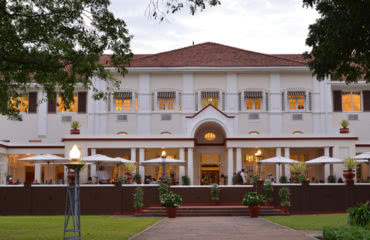 How To Plan A Trip To Victoria Falls Like a Travel Professional.

High Tea With a High View